Past Presidents of the South Carolina Academy of Audiology

Tony Whitson received a BS degree in Speech and Hearing from ETSU and a Master degree in Audiology from Vanderbilt University. He first worked in a speech and hearing clinic and then a medical setting the rest of his career.  He was a charter member of the SCAA and the first President of SCCA. Tony was liked and trusted by Audiologists from all different work settings in the State of South Carolina. He invited all Audiologists to be a part of this new Academy.

Tony had a passion for taking care of his patients and anything he recommended was in their best interest, not his. Tony was an example for other Audiologists in how to treat patients with understanding and compassion. The Tony Whitson Award is given to SCAA Audiologists who exhibit the same qualities as Tony did in working with his patients.

Outstanding Audiologist of the Year 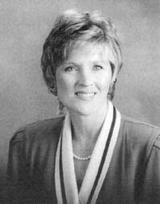 The Elizabeth P. Wade Memorial Award was established to honor our beloved colleague, Betsy Wade, following her passing in 1998. To know Besty, either professionally or personally, was to never forget her. She exuded passion and warmth in all that she did and her patients loved her. Betsy had a special interest in working with children and was chosen to be on the founding board of the state's newborn hearing screening program; she would be thrilled to see her passion for that program grow into what it is today.

This award in her memory recognizes audiologists who possess the same love and dedication to our field that she demonstrated every day. Her legacy lies within that caring and joy that she so freely shared with us.

This award was created to recognize the newer professionals within our organization. It is specifically for the SC audiologists that have been in the field five years or less who have embraced this profession. It honors those who have provided excellent clinical care, volunteered their time, participated in advocacy, and/or stood out from the crowd. This praises their tenacity and motivation to grow, develop, and lead in the field.